Four Technology Predictions from 2010, and How They Played Out

Technology never stands still. In our industry there is endless commentary and speculation about future trends, with such predictions playing a major part in business decisions.
In this article, we go back about 5 years – to the end of 2010 – to review what was being predicted for the years to come…

The Ethernet switch market had a rough year in 2009, but came back strong in 2010. And although it was predicted to cool off again in the year to follow, one of its key standards was poised to take off. 10GbE drove switch sales in the back end of 2010, and market researcher Dell’Oro Group were tipping a massive 2011 due to its strengths as a server connectivity and aggregation technology, as well as growth in the data centre sector.

First released in 2003, 10GbE took a long time to really land in the market. Five years on from the above prediction, it seems as though 10GbE is still yet to achieve ubiquity. However, roadmaps appear to be suggesting 10GbE adoption for server platforms is growing towards 100% according to observations from Computex 2016.

1GbE is still around of course. It’s significantly cheaper, and uses less power. But anyone building a virtualisation server who isn’t putting in 10GbE ports where they can is likely to regret that decision by early next year.

Now, just as 40GbE and even 100GbE were being primed to succeed 10GbE, 25/50GbE is striking the sweet spot between performance and cost at cloud scale. It’s even being pushed by an alliance called the 25 Gigabit Ethernet Consortium Group, composed of networking companies and cloud service providers such as Microsoft, Google, Mellanox, and Broadcom.

Analysts are betting adoption will be driven by higher core counts in CPUs, massive increases in data, sophisticated analytics workloads, faster Flash storage, and the insatiable demand for bandwidth… and so another prediction cycle commences!

In 2010, Dell’s intentions and activity in enterprise networking were pragmatic but muddled to some observers. Some predicted that, having added Aruba as an OEM supplier to complement its existing relationships with Juniper Networks and Brocade, and with some big purchases under their belt in the year or so prior, Dell would likely ingest another company to round out its networking portfolio, rather than continue to rely on the hardware of others.

After taking the company private in 2013 with his own money, Dell went on to purchase enterprise storage giant EMC in the biggest IT deal ever seen (at $60+ billion) in 2015. The acquisition allowed the coming together of Dell’s PC, laptop, server and software expertise with EMC storage, as well as VMware’s virtualisation platforms.

A year later, it entered into an integration partnership with Aerohive to secure an end-to-end wired/wireless networking portfolio and strengthen its position in the WLAN market. Such a move came as little surprise – speculation had been rife for at least two years that Aerohive was a potential acquisition target for Dell.

A year earlier, their former OEM partner Aruba was snapped up by HP, a move which helped drive a renewed reputation for agility and performance in their networking business. One possible reason floated as to why Aerohive wasn’t bought outright may be that Dell is taking its time after such an enormous move with EMC.

The rise of streaming video in the workplace – and an increase in the number of mobile devices making video content more accessible than ever – was predicted to create ‘video floods’ on enterprise WAN links, as employees were tipped to conduct and share more live video casts of internal meetings or conference presentations.

The continued growth of YouTube, Facebook and even Vimeo, in parallel to the consumerisation of AV technology, have indeed reshaped expectations for enterprise and online video platforms – particularly around the ease of accessing content and throwing it onto a nearby screen, such as via Chromecast or AirPlay.

Most live video casts and streaming in enterprise happen on internally managed systems. Employee expectations, however, are that BYOD devices should be able to access company AV gear in meeting rooms, boardrooms, and café’s.

IT has largely opened the key ports needed to deliver video content to mobile employees, but a further challenge is presented by enterprise wide live web-casting.

Lockheed Martin, for instance, brought their streaming in-house, and have gone so far as to create multicast sections for their internal network, dedicated to broadcasting all-hands or regional meetings to every employee without crippling their network. They are still exploring hybrid approaches for external-only events, and how the marriage of cloud-based enterprise video platforms with on-premises internal delivery might be achieved.

Online Video Platforms for enterprise clearly remains a challenging proposition for a few reasons, security and quality of service foremost among them. Enterprise video platform vendors, with enterprise content delivery networks (eCDNs) that can marry a quality user experience to enterprise grade security, will be the ones to watch.

PREDICTION FOUR: THE WAN-OPTIMISATION SPACE WILL GET CROWDED, FAST

In 2010, a company called Riverbed Technology was the undisputed leader in WAN Optimisation, placing them in a commanding position as the great push towards the cloud began gathering pace. Some felt the then-niche market was already too crowded, and would only become more hotly contested as major players like Cisco moved to assert themselves in the space. Indeed, greenfield growth was still widely tipped, with Gartner projecting the market for WAN-Optimisation to exceed $4.4 billion dollars by 2014, up from an estimated $1 billion circa 2008/2009.

In 2015, Riverbed Technology still reigned supreme as Leaders in Gartner’s Magic Quadrant, but found themselves neighbours to Cisco for the first time in that rarefied category. Three years of executing on their Intelligent WAN (IWAN) and Wide Area Application Services (WAAS) vision had clearly paid off for Cisco. Not so accurate was Gartner’s 2010 forecast that the market would exceed $4.4 billion by 2014, as its most recent estimate has been revised down to 2015 valuation of approximately $1.1 billion.

The only sure thing that we can say about the future of IT – whether five years from now, or fifteen – is that it will remain a dynamic, challenging industry like no other. 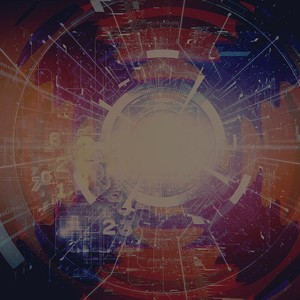 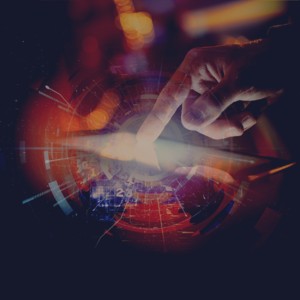 Mobility and SD-WAN: Is SD-WAN the Super Glue That Will Bring 5G and All the Edges Together?