The Evolution of Wi-Fi Technology in Education

A milestone is often cause for reflection, and so as we celebrate our 15th anniversary this year, what better time to look back at the incredible growth and change we’ve witnessed over that period. It’s shaped not only our journey but the entire IT landscape, and nowhere is the impact more evident than in classrooms and across campuses.

The development of the wireless 802.11n standard brought the ability to reach a higher throughput in school environments to facilitate mobile devices such as tablets and smartboards. This mass digitisation continues today with teachers and students alike enjoying incredible new ways to deliver and consume content.

This chapter proved to be an important one for us as we were selected to supply the Aruba wireless solution to public schools in NSW. To date, we have helped over 2,200 schools bring Wi-Fi and its benefits to the classroom

With faster connection speeds, Wi-Fi hotspots became commonplace in large density areas. Education institutions found that by creating a connectivity point that helped many students at once, they could stimulate collaboration and bring more value to unconventional learning areas such as public spaces.

TAFE’s were some of those who saw the value early on, with many sites partnering with Matrix CNI to implement a hotspot solution across their campuses. Our engagement included site surveying and connectivity testing to validate and optimise the network, ensuring a seamless user experience. We also assisted IT teams with monitoring and management improvements to support the technology.

As is the norm now, bringing your own device to work or school is part of the freedom to choose and support modern technologies to share and learn from a device that is personal and comfortable to use. It became clear bringing-your-own device to work, or school, delivered countless benefits – the ability to choose a device that’s familiar, a freedom to update to the latest and greatest technology, the power to unshackle from desks with a work anytime, anywhere approach. But as BYOD became more pervasive, it quickly became clear that education institutions were faced with unprecedented security threats.

Tackling the opportunities and challenges head on

We embarked on a significant BYOD project with TAFE to secure their wireless infrastructure and support the delivery of education application services. Underpinned by a robust network access control solution, the deployment enabled the simple on-boarding, configuration and security of over 7,000 BYOD and issued smartphones, tablets and laptops.

From the initial design and planning through to configuration, integration with existing wireless infrastructure, commissioning, and post-implementation support, our engagement offered the IT team improved visibility, security and control. Meanwhile, staff and students benefited from a painless network connection experience.

Technology advancement saw Wi-Fi speeds more than double with the introduction of the new 11ac standard. Students and teachers now had the ability to enjoy high definition video and other media on their laptops and streaming services, delivering a richer, more engaging teaching and learning experiences.

In what was the largest 11ac deployment in the Southern Hemisphere at the time, 30,000 students across 39 schools were soon enjoying the benefits of complete Wi-Fi coverage via our Catholic schools wireless refresh program. Following a simple single-sign-on, students, staff and visitors experienced streamlined user and guest access that allowed them to roam between buildings and even campuses. Robust management and security measures kept IT teams in control via a single interface, and implementation was achieved without impact over the school holidays.

Supporting Wi-Fi over a large area is a challenge for any educational IT department, especially when teachers rely on the connectivity to do their job. Cloud Wi-Fi was introduced to help manage and deploy wireless infrastructure in schools and universities and keep downtime to a minimum.

The next leap forward for Catholic schools

Our team worked closely with a Catholic school region to deploy a comprehensive Cloud Wi-Fi solution. In fact, at the time of implementation it was the largest in the Southern Hemisphere. The solution allows IT departments to have complete visibility across the schools they manage, ensuring they can quickly rectify any issues before they become a problem. Technology advancement saw Wi-Fi speeds more than double with the introduction of the new 11ac standard. Students and teachers now had the ability to enjoy high definition video and other media on their laptops and streaming services, delivering a richer, more engaging teaching and learning experiences.

2015 | Wi-Fi security evolves in the face of new threats

There’s been a long-held belief that connecting a device by data cable is safer than by Wi-Fi. While this is not necessarily true, Wi-Fi does present unique security challenges, particularly when determining just who is connecting to the network. As the number of connected students and teachers increased, so too did sophisticated threats. This signalled a new era in security with an explosion in Wi-Fi specific security solutions as data became increasingly precious.

A new line of defence for the University of Sydney

Our engagement with the University of Sydney helped them transition their Wi-Fi from a complex VPN connection to a secure and user-friendly managed network environment. Installing a network access control interface between the University’s Wi-Fi and their internal directory allowed for the use of a new 802.1x WPA2 secured wireless connection. Not only did this deliver better access for staff and BYO devices, it provided complete visibility of who, how and when the wireless infrastructure was being used. The value becomes apparent when you consider that on a normal day, the University has approximately 28,000 concurrent users, 60,000 individual users and a staggering 400,000 authentications.

The evolution of Wi-Fi shows no signs of slowing down with the release of the latest standard just around the corner. Five years in the making, 802.11ax promises to be a game-changer with improvements at all levels of network performance – peak, average and worst-case – thanks to a focus on real-world conditions during development. The real winners will be users in environments such as airports, stadiums and schools. These busy areas are the perfect example of Wi-Fi being a victim of its own success, with an incredible number of devices jostling for bandwidth resulting in serious congestion.

So, when can we expect to see 11ax roll out? While you may have noticed some vendors already spruiking 11ax compliant hardware, be wary. With the new standard still in draft, any 11ax devices already in-market will not enjoy the full benefits of the solution. We anticipate fully compliant products – from network devices to smartphones and PCs – will begin shipping at the end of 2018 or early 2019.

802.11ax has the potential to revolutionise education with transformative teaching methods such as virtual reality and gamification now within reach for classrooms across the country. And with the on-going proliferation of mobile devices and IoT sensors, achieving a robust, lightning-fast network will be more important than ever.

As the previous decade or so has proven, the only constant is change for technology in education. Capturing the opportunities this innovation presents requires a high-performance mobility solution that’s focused on better supporting your staff, faculty, and students for years to come and Matrix is here to help. Reach out to connect with an education mobility expert today. 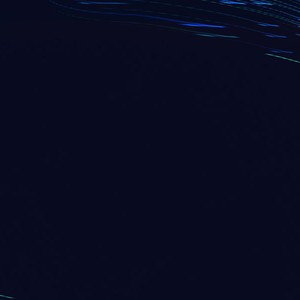