Validating and optimising Wi-Fi performance – Post-installation and beyond

Wi-Fi is one of those great technologies that just works. Once you’ve installed it, you can forget about it and be confident that you’ll have years of reliable coverage. Right? Ah, if only that was the case.

The reality is that there are portions of truth in the above statement. A lot of work goes in to establishing Wi-Fi in existing or new buildings – site surveys for density and signal strength, plus planning for bandwidth requirements and backhaul. With all that preparation, Wi-Fi for the most part is reliable and just works, but this can lull even the most experienced IT teams into a false sense of security.

Wi-Fi’s ubiquitous nature means that over time, more and more equipment is being connected to it, each with their own bandwidth requirements and levels of criticality which can have huge impacts on performance and reliability.

Just think about how many different categories of equipment are placing demands on your Wi-Fi; beyond your traditional computers and printers:

Some of this may still need a wired connection, but the usage of these types of devices in a Wi-Fi context also tends to grow over time as new technology is released, or existing technology drops enough in price to become feasible in budget constrained environments.

Even something seemingly unrelated to your Wi-Fi network, such as changes to furniture layout or how rooms are organised with storage, can affect how well your Wi-Fi runs.

If you’re like most organisations, the answer is “not very”. The tendency is to rely on a reactive posture to address issues if and when they come up.

While reliable, Wi-Fi is still very fluid in its coverage so if you don’t have a clear process for monitoring and auditing coverage and performance, and troubleshooting issues when they do arise, solving them becomes more and more time consuming. This idea of being proactive also extends to processes that measure the impact of any proposed changes to your network, such as new devices and new users coming on, and old devices and inactive users being retired. Rather than just connecting and expecting everything to work the way it always has, how can you model expected behaviour and then validate the outcomes?

Wi-Fi obviously doesn’t exist in isolation, it’s a core component of an existing network so being able to manage and resolve issues as part of the overall network is still a must. Using a high-end Network Access Control tool – that can overlay any network infrastructure - can provide more than just device management, identity management and access control. It can also help to isolate where problems are occurring anywhere across your network; making them an essential tool in any IT team’s arsenal.

What about network security?

Wi-Fi tends to get more than its fair share of headlines when it comes to secure network access. We all read stories about the latest consumer device that gets hacked because someone didn’t change the default password. But in a world where IoT, automation and robotics is taking hold, even the best security solutions might not be enough.

A more detailed discussion on Wi-Fi security is for another post, however the key takeaway from this is still relevant. Proactive, regular monitoring, auditing and maintenance are critical activities for any Wi-Fi network. Who is connecting, what devices are connecting, where is traffic coming from and going to, and what sort of traffic is it? Don’t leave it to standard network management and reactive processes; setup a schedule at least once a year to review it. You’ll find things you didn’t expect, start to see problems before they occur, and ensure that the Wi-Fi network you paid for and carefully designed and installed is still providing the value you need and expect.

Also, one last thing – always use independent professionals to do a review like this. This might seem self-serving coming from a company that specialises in networking, but it’s still a truism with a lot of value; you can’t properly audit yourself no matter what the situation.

When you’re too familiar with an environment or with the people, you can easily miss things or make assumptions – it’s just human nature. It’s not deliberate, but the effects can be devastating.

When you use an independent party, they won’t assume anything and you’ll get a more thorough, unbiased, job done with more certainty and comfort in the outcome.

And in our current times, having more certainty in areas we can control is something we’ve come to appreciate more than ever 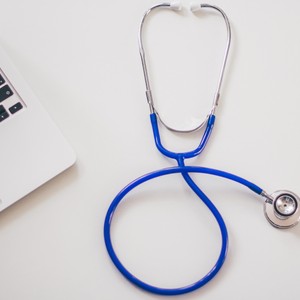