Matrix CNI grabs another award from HP and continues to show strength in its Netwroking business.

“We have received numerous awards since we started our partnership with HP and this award is just as nice as the first one” said Deni Saupin, Managing Director of Matrix CNI.

“However what is more important to us than awards is that we are always more than prepared to be able to service the requirements of our customers. We have always taken our HP capabilities seriously. This is evident in that we were one of the first integrators to achieve the ANS-Advanced Networking Specialisation which requires one of our engineers to be certified at Master level for Networking.

The ability to service our client base to their expectation and satisfaction is the focus. If we do that right thing the recognition will come.”

Matrix CNI has been the prominent Network Integration partner to HP since 2004 as demonstrated by the numerous accolades it has received over the years. Some are highlighted below: 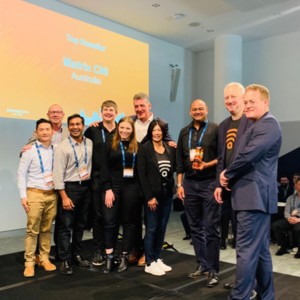